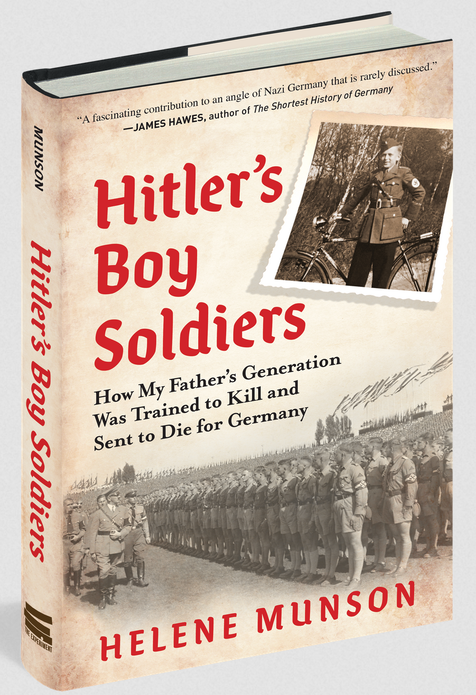 To order the book press here
The true, untold story of how Germany’s children fought in WWII, through the lens of the author’s father and his rediscovered journal.

When Helene Munson finally reads her father, Hans Dunker’s, wartime journal, she discovers secrets he kept buried for seven decades. This is no ordinary historical document but a personal account of devastating trauma.
During World War II, the Nazis trained some three hundred thousand German children to fight—and die—for Hitler. Hans was just one of those boy soldiers. Sent to an elite school for the gifted at nine years old, he found himself in the grip of a system that substituted dummy grenades for Frisbees. By age seventeen, Hans had shot down Allied pilots with antiaircraft artillery. In the desperate, final stage of Hitler’s war, he was sent on a suicide mission to Závada on the Sudetenland front, where he witnessed the death of his schoolmates—and where Helene begins to retrace her father’s footsteps after his death.
As Helene translates Hans’s journal and walks his path of suffering and redemption, she uncovers the lost history of an entire generation brainwashed by the Third Reich’s school system and funneled into the Hitler Youth.
A startling new account of this dark era, Hitler’s Boy Soldiers grapples with inherited trauma, the burden of guilt, and the blurred line between “perpetrator” and “victim.” It is also a poignant tale of forgiveness, as Helene comes to see her late father as not just a soldier but as one child in a sea of three hundred thousand forced onto the wrong side of history—and left to answer for it. 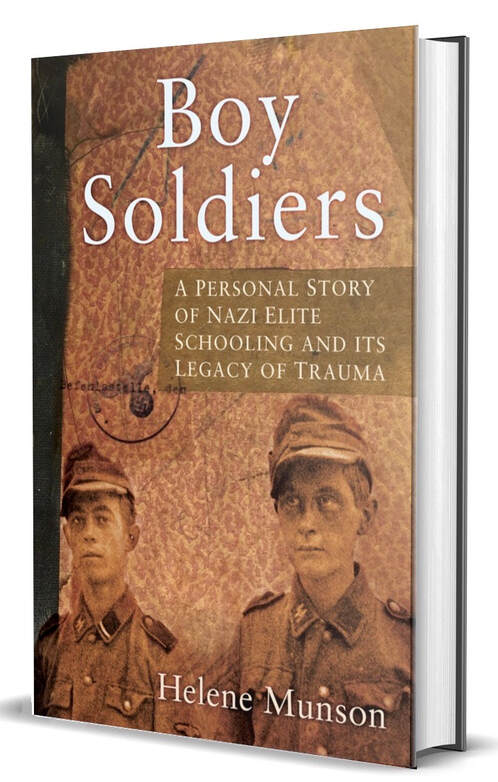 To order book press here
At the end of the Second World War, hundreds of thousands of German children were sent to the front lines in the largest mobilisation of underage combatants by any country before or since. Hans Dunker was just one of these children. Identified as extremely gifted aged 9, he left his home in South America in 1937 in pursuit of a ‘proper’ education in Nazi Germany. Instead, he and his schoolfriends, lacking adequate training, ammunition and rations, were sent to the Eastern Front when the war was already lost in the spring of 1945.

Using her father’s diary and other documents, Helene Munson traces Hans’ journey from a student at Feldafing School to a soldier fighting in Zawada, a village in present-day Czech Republic. What is revealed is an education system so inhumane that until recently, post-war Germany worked hard to keep it a secret.
This is Hans’ story, but also the story of a whole generation of German children who silently carried the shame of what they suffered into old age. It reveals the true cost and long-lasting impacts of such experiences – not just to them, but also to their families and future generations, a warning to a world where thousands of child soldiers are still sent to fight in armed conflicts.
To access on AUDIBLE

Click here to read reviews on GOODREADS
and enter the free book giveaway, ends May 12th